As can be seen from the daily AUD/CHF chart below – the pair earlier reversed up from the support area located between the key support level 0.6566, lower daily Bollinger Band and the 38.2% Fibonacci correction of the upward price impulse from December. The proximity of this support zone increases the probability AUD/CHF will continue rise toward the resistance level 0.6665. 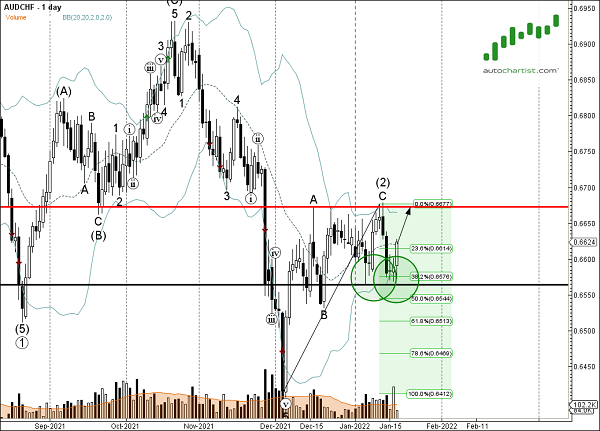